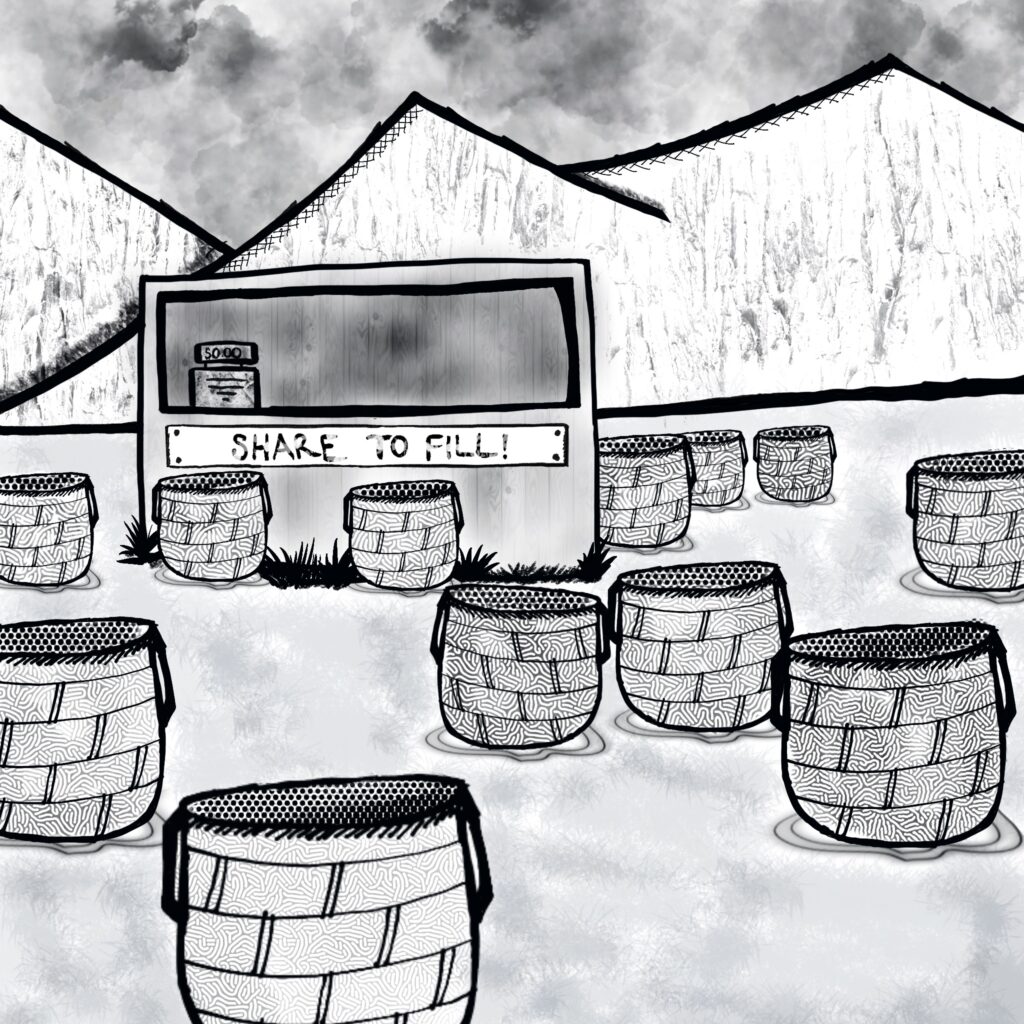 Early one morning, a young boy grabbed his backpack that contained only enough bread for his day-long journey, and headed out the door.
Hours later, he walked past an abandoned basket stand called Fill To Share and noticed 12 empty baskets randomly placed around the stand.
That afternoon, when the boy arrived at the big gathering, he overheard a group of men speaking with a shepherd. They were discussing a culinary mishap, which meant there would be no food for all the people. As the boy’s compassion for the people began to rise like the dough in his mother’s oven, he told the shepherd, “Here. Please take my bread. I can go a day without food because I know God will provide.”
After the shepherd received the boy’s offering and said a short prayer, news about the boy’s offering began to spread. Then, a miracle happened!
Those who were hoarding and hiding food began to share with those who had nothing. Next thing you know, everyone at the big gathering had plenty of food.
That evening, the boy overheard the shepherd talking with the same group of men. This time, he said, “We now have too much bread. Where can we find some empty baskets?” The boy interrupted, “On my way here, I saw a basket stand with 12 empty baskets. But, the interesting thing to me was the sign on the stand.” Already knowing the answer but wanting the men to hear, the shepherd asked the boy, “What was on the sign?” The boy replied, “Share To Fill.”
Category: ParablesBy rickyApril 1, 2021