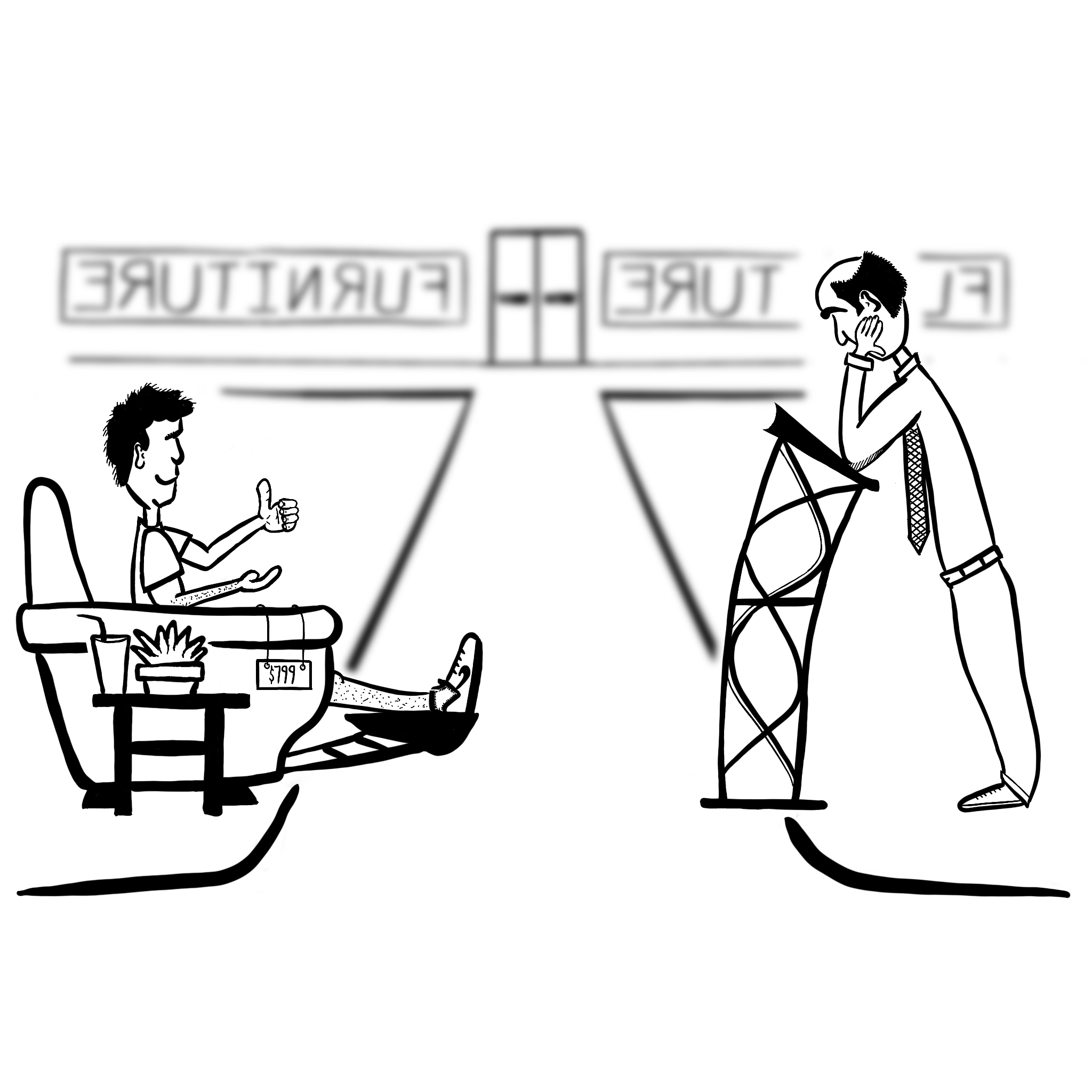 “Good morning!” said the salesman.
“What brings you two in today?”
The dejected woman replied,
“We’re looking for new furniture. Our gorgeous home of 30 years recently flooded, and we have to replace everything.”

The salesman said,
“I’m so sorry to hear that.”

As the salesman and the couple continued talking, the store manager discreetly listened to their entire conversation from behind the counter.

Later, after the salesman handed the couple the receipt for their new couches, he watched them leave the store in a brighter mood than when they came in earlier that morning.

As the manager walked over to congratulate his salesman on closing the deal, he noticed the salesman wasn’t smiling. He asked, “What’s wrong? Everything went so well. The couple even went as far as to say they would tell their friends about your great service. What gives?”

While leaning on the sales pulpit and looking down, the salesman said, “Yeah. I hear ya. I just never thought I’d end up being a furniture salesman. My dream was always to be a pastor.”

The manager said, “What? You are a pastor. People walk through our doors. You spend time with them. You give them good news and hope. They leave happier than when they came in. They even share their good news with their friends. How is any of this different from being a pastor? In fact, it’s actually better that you work here because furniture salesmen get to talk with people five days a week instead of just one!”